Recently, in order to better promote its own folding flexible OLED panels, Samsung has disclosed its latest OLED technology, including the non-polarizer laminated design and circular pixel arrangement. 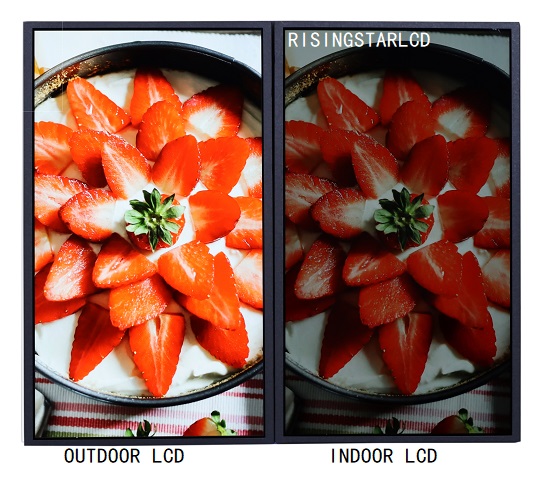 We know that when folding flexible articles, the more layers and the thicker the thickness, the more likely it is that the interlayer dislocation phenomenon similar to that of a book is rolled up. Therefore, in the design of folding flexible OLED panels, the industry reduces the number and thickness of the OLED panel structure as much as possible.

Samsung, which is ahead of flexible OLED panel technology, has stored more OLED experimental data and mass production parameter data many years ago, so it is more mature than its peers in the advancement of OLED mass production technology.

The latest folding flexible OLED panel released by Samsung this time has removed the polarizer layer in order to reduce the number of layers.

The polarizer layer of OLED is mainly to reduce light reflection. We know that after all metal coating products come out, they are basically like a mirror, forming a strong reflection of the ring mirror light. The driving circuit of OLED is mainly composed of conductive metal. According to the design of different manufacturers, there are copper, aluminum, molybdenum, magnesium, and silver. The color of the plating is the same as the fab wafers we have seen. The same, either gold glitter or silver glitter.

In fact, even the so-called transparent conductive metal oxides will have mirror reflection after plating. In the field of LCD panels and touch screen panels where transparent ITO is widely used as electrodes, many extras are often added to remove these shadow defects. The manufacturing process technology, so that the cost increases rapidly.

Therefore, how to remove the interference of the reflection of the coating in the display device on the display effect is actually a technical problem that the display industry needs to break through for a long time.

In order to improve the reliability of OLED, Samsung has been strengthening the compactness of each layer of OLED to reduce the thickness of these coatings and obtain better electrical performance. But in this way, the increase in the compactness of the coating also causes the mirror reflection effect of the coating to be more obvious. In addition to allowing the self-luminous OLED pixels to be affected by the reflection effect between each other to form a cross-color neutralization, the entire display is basically lit The whiteness is a bit outside, and the contrast under ambient light is also horrible.

Of course, before the mass production of OLED panels, Samsung had a wealth of experience in the mass production of LCD panels. Soon, with the characteristics of LCD polarizers, a layer of polarizer was attached to the surface of the display to allow ambient light to enter the metal electrode. Reflected back, it will be absorbed by the polarizer of the same phase.

However, the green that the human eye sees is better than any color in the spectrum. When designing OLED pixels, Samsung split the green pixels to increase its display area while making it smaller and denser. So at the beginning, when Samsung's OLED panel displayed black status and turned off the screen, you could see that the panel was not black, but light green.

How to eliminate green, in fact, the LCD industry has already had a plan. In the STN LCD panel production process, in order to correct the color, compensation films of different wavelengths will be superimposed on the polarizer to compensate for the green light waves.

So for a while, Samsung's OLED panel turned into a gray state when it displayed black.

However, in the off-screen state, whether it is light green or off-white, it indicates that the contrast of the OLED is low during normal display. So in order to further get rid of the gray state, Samsung continued to toss the polarizer companies and let them add a layer of full-band compensation film under visible light.

The result is that Samsung’s OLED panel display black is getting darker (in fact, it is not black, that is, the black background display part of the OLED panel Apple mobile phone is still gray), but the thickness of the OLED panel and the cost of the polarizer are also Rise rapidly.

In an ordinary scene without folding, a slight increase in the thickness of the OLED panel does not affect the use of OLED. The increase in the cost of the polarizer is still insignificant for the entire relatively expensive OLED display device.

Samsung has also thought about integrating the functional layer of the polarizer into the OLED display device like the touch function layer, but the ordinary polarizing layer can indeed be added to the flat layer integrated on the OLED at no cost. It is realized by grating coating, but it is difficult to process and integrate directly in the OLED panel in a short time with the compensation film technology that realizes the optical compensation by stretching the polymer.

So early Samsung foldable phones, no matter what kind of cover they use, are prone to creases. As for the OLED panels used by other brands, without in-cell touch integration technology or polarizer integration technology, foldable devices can only be made with a larger curvature outward fold, and even if it is Fold outside, there will still be creases.

So how to reduce the reflective interference of OLED? In fact, in order to solve the problem of RGB three-primary color channeling and light mixing, whether it is LCD or OLED, a black mask layer will be made for the base-BLACK MASK, which is to fill the RGB pixel interval with black ink to form a barrier. The wall blocks the light from the pixels next door from entering.

Since the display is a flat structure, the lateral distance of this layer of black oil black is generally large enough to block the light next to it and solve the problem of pixel channeling and light mixing. However, the thickness is limited by the structure of the flat panel display, which is generally in the micron or nanometer level, so it is still semi-transparent.

Samsung introduced Eco OLED technology on the Galaxy Z Fold3 smartphone in August last year, eliminating the polarizer, increasing the light transmittance of the display by 33%, and reducing power consumption by 25% compared with traditional OLED panels.

The principle is very simple, that is, on the flat layer of the OLED display, add a layer of black film coating-BLACK MASK, to minimize the transmittance of the BLACK MASK area of the flexible OLED panel, and reduce the reflection of light from the environment in this area. At the same time, it makes the OLED display darker when the black background is displayed, so that the contrast of the display screen is improved.

The foldable OLED panel technology that Samsung disclosed this time, in addition to continuing to reduce the transmittance of the BLACK MASK area on the basis of last year, and reducing the interference of the ambient reflected light of the entire panel, Samsung also provides a new pixel design.

The foldable OLED panel provided by Samsung this time adopts a circular pixel design, which is to make the original square pixel into an inscribed circle. In this way, it is difficult to maintain the processing tolerance of the OLED evaporation mask. , So that the black mask area of the display has been expanded, which also means that the black background of OLED can achieve blackness enhancement, the anti-reflective ability of OLED is also stronger, and the pixel area is reduced, and the light green background is also obtained. Some improvements.

Rather than saying that Samsung's new foldable OLED panel technology has made a major breakthrough, it is actually better to say that Samsung has used its previous experience in the LCD and OLED panel industry to make opportunistic tricks, or use the old methods to solve new problems.

However, behind this seemingly simple little technical improvement, it is inseparable from the process data model perfection accumulated by many technicians of Samsung panel factory over the years, and the rich experience accumulated by the hard work of the front line of the production line. This time Samsung's folding flexible OLED panel technology, while meeting the industry's improvement in folding performance, also reduces the difficulty of production and reduces production costs, which is indeed gratifying.

Quote for the Latest Price

Ask a quote for the latest price and one of our team members will respond as soon as possible.